Pensacola, Fla. (May 18, 2020) – Pediatric orthopedic surgeons John Killian, MD, and Sharon Mayberry, MD, have joined the pediatric specialist team of The Studer Family Children’s Hospital at Ascension Sacred Heart. They will see patients full time in The Children’s Hospital and in the outpatient Pediatric Specialist Tower, located at 5153 N. Ninth Ave. on the Ascension Sacred Heart Pensacola campus.
As pediatric orthopedic surgeons, Dr. Killian and Dr. Mayberry diagnose and treat injuries and birth defects of children’s bones and joints, including fractures, polydactyly, torticollis, hip dysplasia, bowlegs, knock-knees, cerebral palsy and scoliosis. They join the office of pediatric orthopedic surgeon Tracy Roberts, MD, Dana Wert, ARNP, and Amanda Wolford, PA. To schedule an appointment with pediatric specialists at the Children’s Hospital, call 850-416-1575.
Dr. Killian is fellowship-trained and board-certified in pediatric orthopedics. He graduated with his medical degree from the University of Alabama School of Medicine in Birmingham, Alabama. He received a surgical internship at the Naval Regional Medical Center in Portsmouth, Virginia, and residency training in orthopedic surgery through the University of Alabama Medical Center in Birmingham. Dr. Killian completed a fellowship in pediatric orthopedics at Nemours Children’s Hospital in Jacksonville. He served as commander and pediatric orthopedic surgeon in the U.S. Naval Medical Corps for four years and then was chief of pediatric orthopedic surgery at Children’s Hospital of Alabama in Birmingham for 12 years. He is a former president of the Alabama Orthopaedic Society, a current member of the Scoliosis Research Society and a diplomat of the American Board of Orthopaedic Surgery. His research has been published in the Journal of Pediatric Orthopaedics, the Journal of the Southern Orthopaedic Association, Southern Medical Journal and Contemporary Pediatrics.
Dr. Mayberry is fellowship-trained and board-certified in pediatric orthopedics. She graduated with her medical degree and completed her residency training in orthopedic surgery through the University of Alabama at Birmingham. She then completed a fellowship in pediatric orthopedics at Texas Scottish Rite Hospital for Children in Dallas. Her research has been published in medical journals such as Pediatric Annals and Obstetrics and Gynecology, and she has presented to the Southern Orthopedic Association and the Alabama Academy of Pediatrics Annual Meeting. She is a member of the Alabama Orthopedic Society.
Dr. Killian and Dr. Mayberry come to Pensacola from Birmingham, Alabama, where they spent the past two decades working together as partners at Orthopedics for Kids.
About Ascension Sacred Heart
In Florida, Ascension operates Ascension Sacred Heart based in Pensacola and Ascension St. Vincent’s based in Jacksonville. Together, Ascension Florida operates seven hospitals and more than 100 other sites of care, and employs more than 11,000 associates. Across the region, Ascension Sacred Heart and Ascension St. Vincent’s have served North Florida communities for more than 145 years. In fiscal year 2019, they provided nearly $180 million in community benefit and care of persons living in poverty. Ascension (www.ascension.org) is a faith-based healthcare organization dedicated to transformation through innovation across the continuum of care. As one of the leading non-profit and Catholic health systems in the U.S., Ascension is committed to delivering compassionate, personalized care to all, with special attention to persons living in poverty and those most vulnerable. Ascension includes approximately 150,000 associates and 40,000 aligned providers. The national health system operates more than 2,600 sites of care – including 150 hospitals and more than 50 senior living facilities – in 20 states and the District of Columbia. For more information on Ascension Sacred Heart, visit https://healthcare.ascension.org. 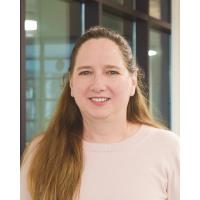